First weekend following a new moon, let’s get some photos of the stars!

Unlike last time, I made sure to have both camera batteries fully charged. At some point, though, I need to figure out a way to power the things from either my car or possibly an ebike battery.

This was surprisingly easy to capture. This was done with a series of 100 images, ISO 3200, and a 15 second exposure. Stacked (more-or-less automatically), then processed in post to bring out that extra oomph. Cropped from the original to bring more attention to the nebula itself. This nebula is really bright. 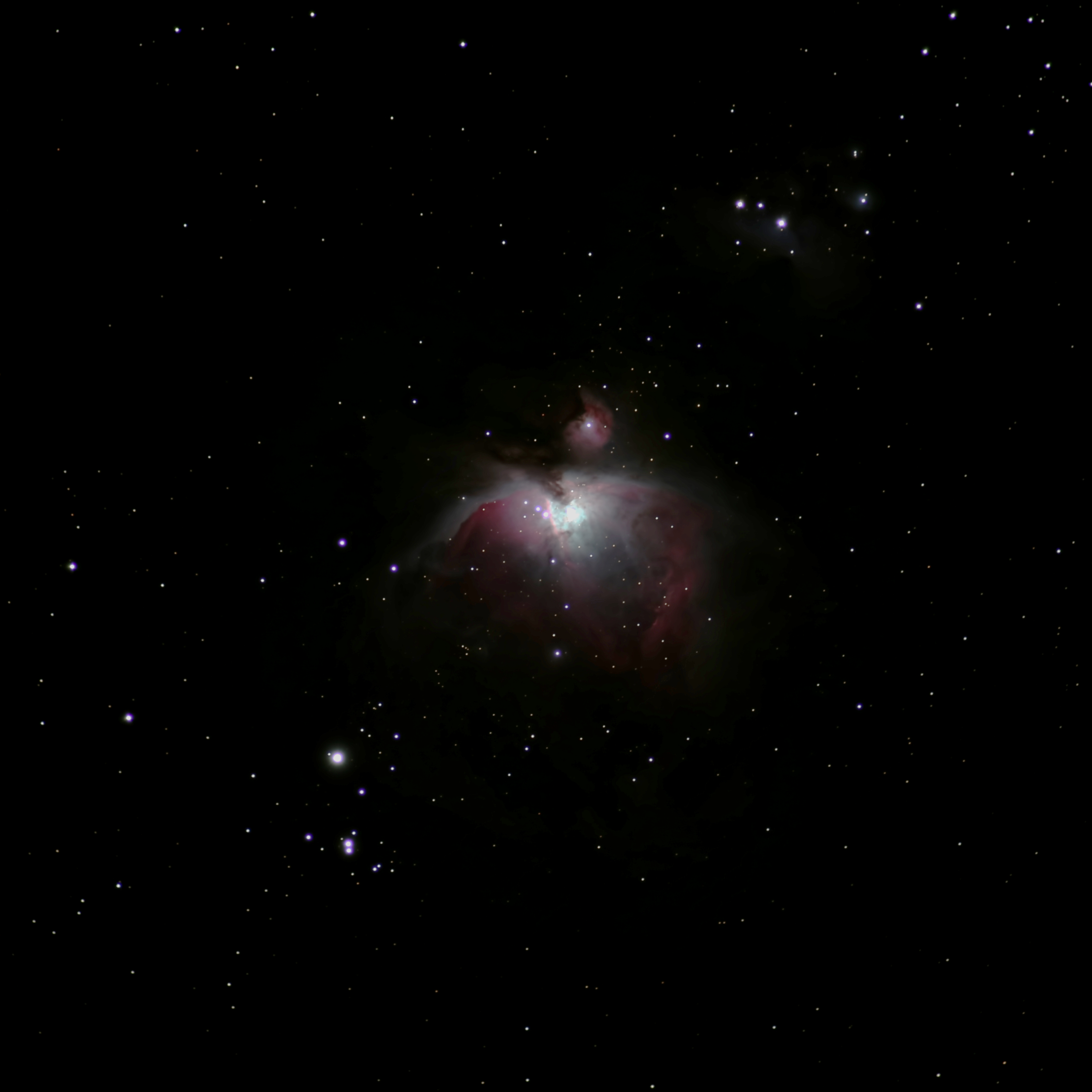 The California Nebula (NGC 1499) is an emission nebula in the constellation Perseus.

This was quite difficult to capture. Because it’s so red, you can’t visually see the California Nebula. I could barely make it out on the highest ISO setting my camera can do (25600, wow) at a 20 second exposure. Couldn’t do any longer without introducing star trails. I’d love to revisit this once I have autoguiding figured out - or at least with a much better aligned telescope.

Postprocessed to bring out the red. as much as I could. 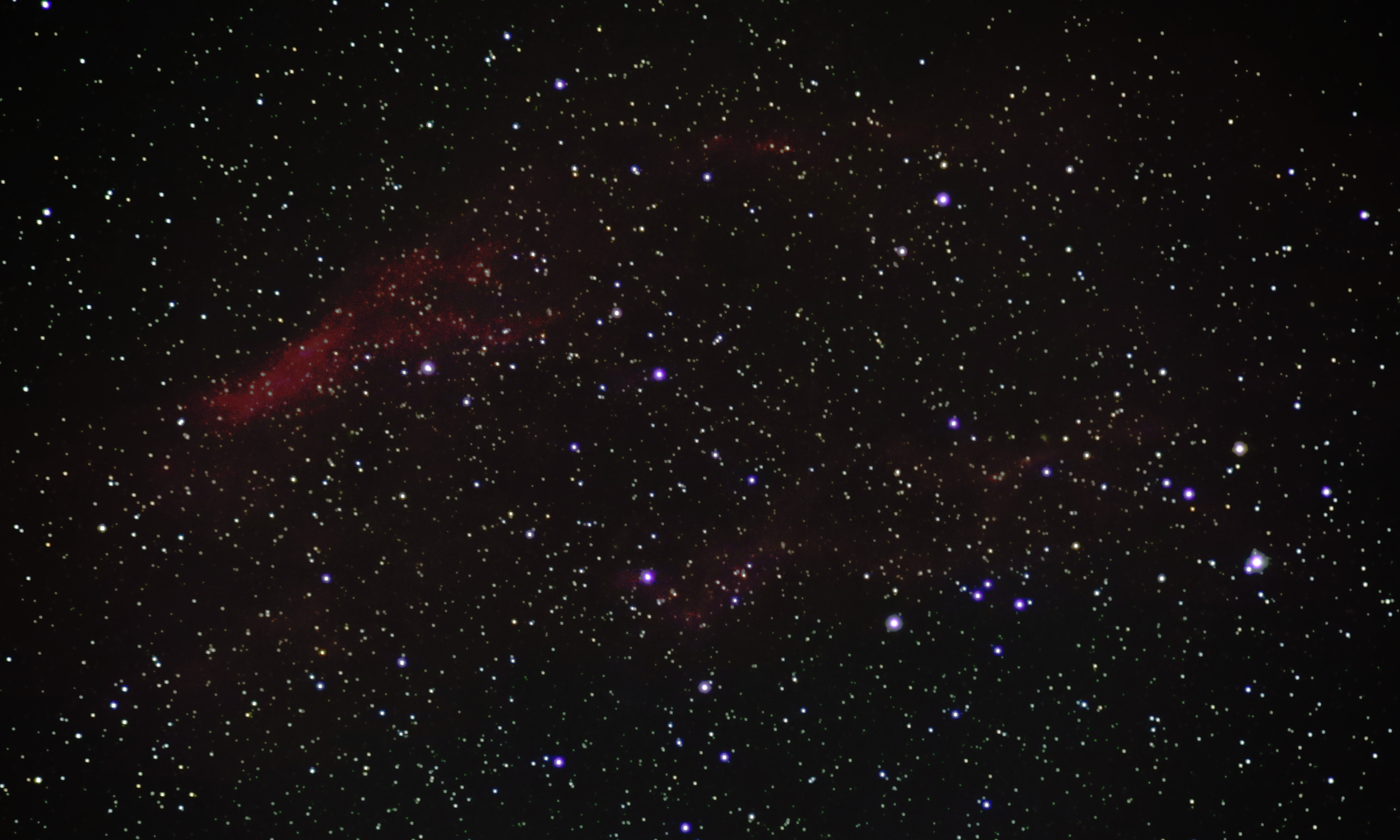