The different type of IFR approaches and related information to flying them.

You can descend below the MDA/DA when all of the following conditions are true:

Circling is a maneuver conducted after an approach, but is not a type of approach itself. Circling is performed whenever the final approach course is not aligned with the runway (within 30°), when landing on a different runway from the approach flown, or when the runway is not specified in the approach (e.g. flying a VOR-A).

Published minimums provide at least a 300 foot obstacle clearance when you remain within the appropriate area of protection. Remember to descend to the circling MDA/DA, not the straight-in MDA.

If no circling minimums are published, circling requires ATC authorization and at basic VFR (at least 1000 ft ceiling with visibility 3+ statute miles).

Remain at or above the circling MDA altitude until the aircraft is “continuously in a position from which a descent to a landing on the intended runway can be made using normal maneuvers”. This is typically just inside the 180. Abeam for most circling minimums would have you low on downwind.

Depending on the approach category (speed you fly at), you have different circling radius - the minimum distance you must remain from the runway while circling to land. 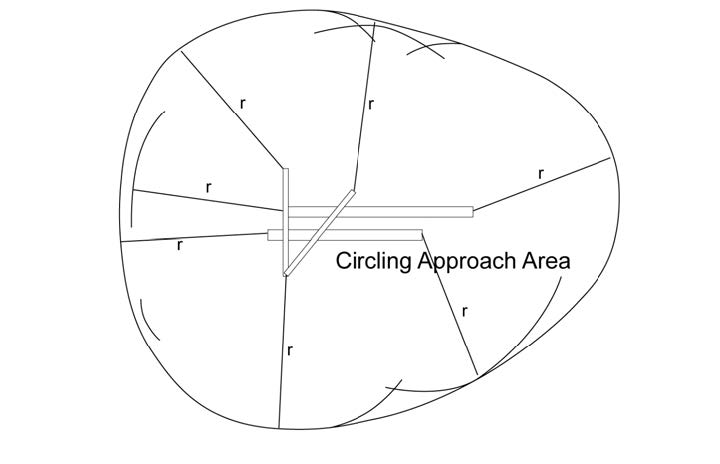 Circling approach protected areas developed prior to late 2012 use the radius distances shown below.

Per the AIM, Circling approach protected areas developed after late 2012 use the radius distance shown below.

Most instrument approach procedures also have a missed procedure. These are described in the top-left box of the approach plate, and then visually depicted as part of the top-down view.

See this article from AOPA on going missed.

Depicted as a line with a barb from a course in an approach plate. The barb indicates the direction to turn. Procedure turns are maneuvers enable the following:

Procedure turns or hold-in-lieu-of-PTs are mandatory whenever they are depicted on the approach plate. However, they are not permitted when:

The maximum speed when performing a procedure turn is 200 kts IAS. You must remain within the charted distance (usually 10 NM), and comply with published altitudes for obstacle clearance.

The shape of the maneuver is mandatory if a teardrop or hold-in-lieu-of-PT is published. Otherwise, only the direction.

A teardrop procedure may be be published instead of a procedure turn.

Do not perform a procedure turn when SHARPTT:

the ILS is composed of two main parts: the localizer and the glide slope. In addition, there are marker beacons at specific locations.

The localizer is essentially a more-sensitive VOR that broadcasts a single radial. It’s located inline with the runway, behind the runway. It broadcasts 2 signals - one at 90 Hz, the other at 150 Hz. The intersection of the signals is aligned with the extended runway centerline, and the receiver on the airplane can interpret these to show how off course the airplane is. 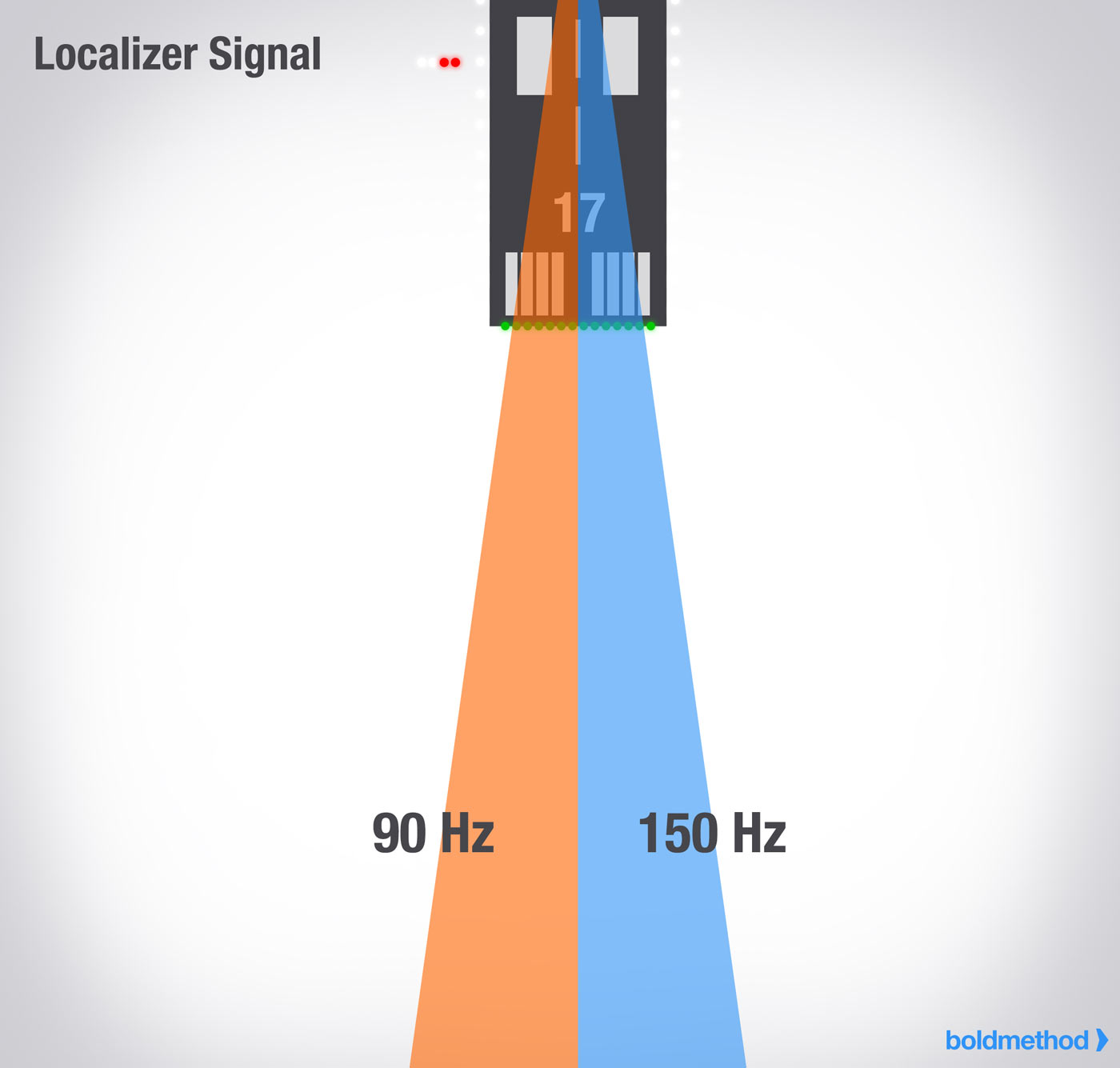 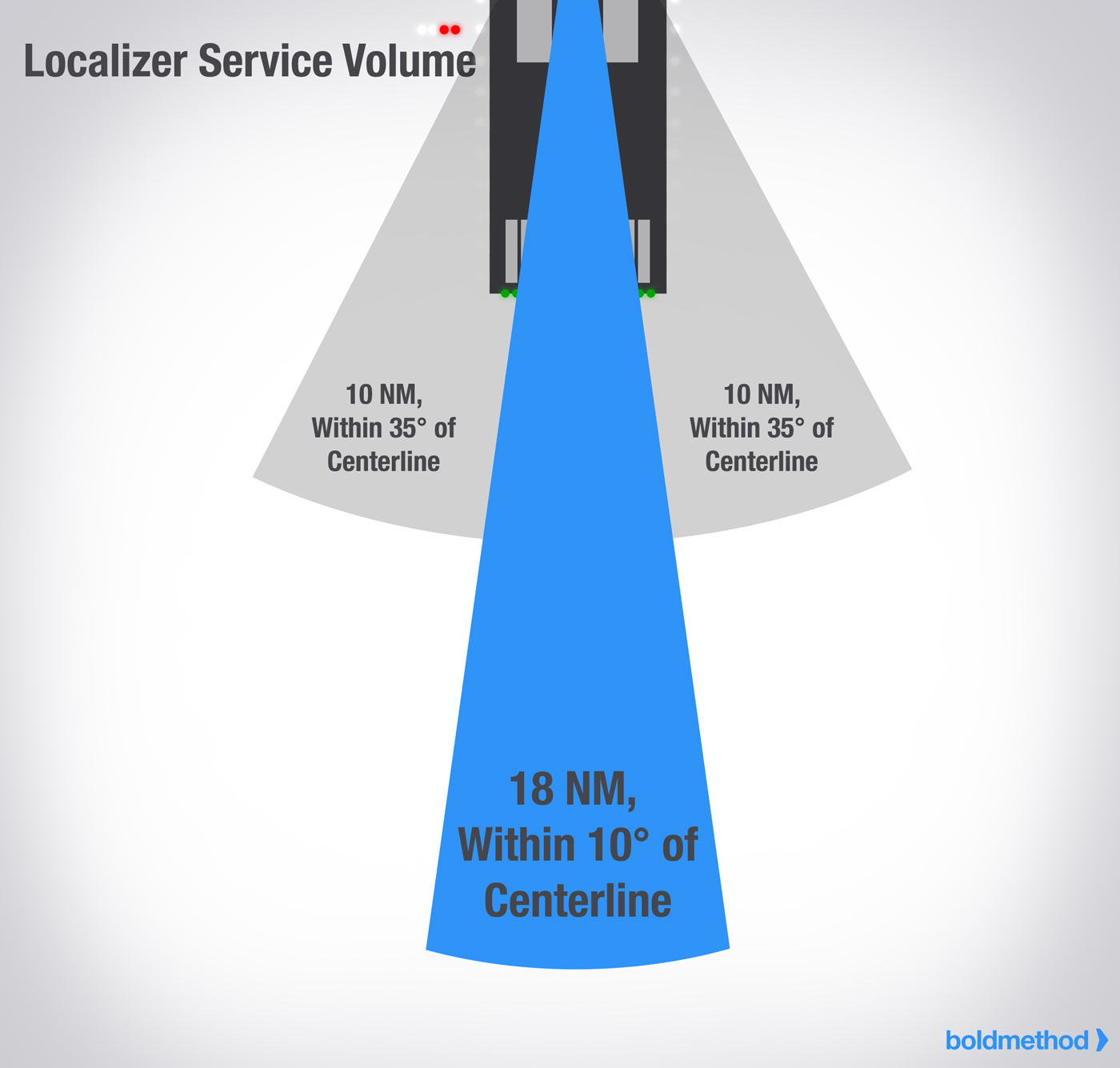 The glide slope provides vertical course guidance. The transmitter is located off to the side of the runway (about 250-650 away from the runway centerline), between 750 and 1,250 feet behind the runway threshold.

Similar to the localizer, the glide slope broadcasts 2 signals, at 90 and 150 Hz, with the intersection of them providing a - usually - 3° glide slope down to the runway.

⚠️ Due to, literally how physics works, there’s a false glide slope significantly above the normal glide slope. 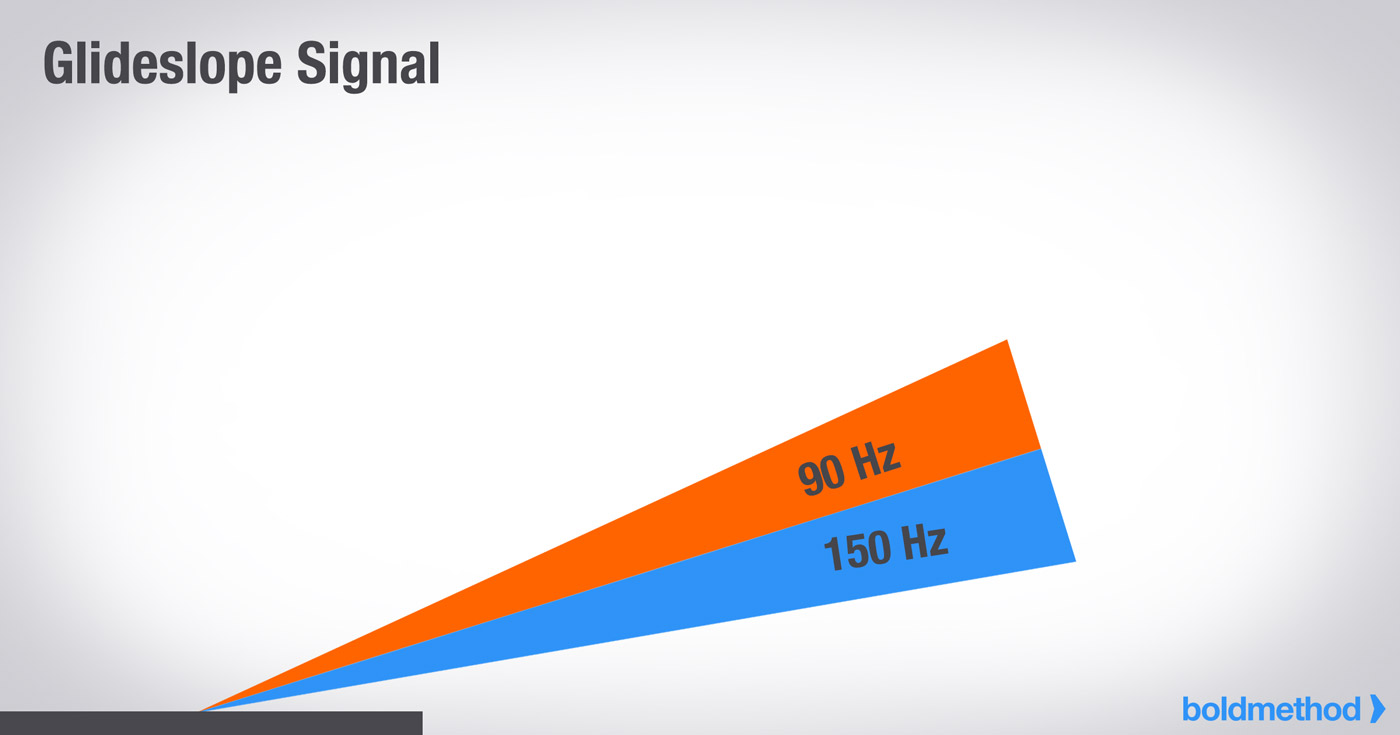 Marker beacons provide range information over specific points on the approach. There are 3 that are part of an ILS, named the outer marker, middle marker, and inner marker. There also exists the back course marker, but that’s not part of the ILS approach.

VOR approaches are useful for when there’s basically no other approach type available. They are non-precision approaches, which means they provide lateral guidance only.

In another example, on the Corvallis VOR RWY-17 approach, you are welcome to use the GPS through the entire DME arc, up until you turn onto the CVO R-177 course inbound.

This same concept applies also to ILS and other ground-based-navigation approaches.

DME Arcs are arcing paths flown at a certain distance (measured using DME - hence the name), from a VOR. They provide a way to transfer to another radial on the VOR without using GPS or radar vectors. They’re mostly used as parts of approaches, but can be specified elsewhere.

In the example of the KCVO VOR RWY-17 approach, if you are approach MAGOT from SHEDD, you are approaching the CVO R-031 radial from the south. Once you are 1 nm from that waypoint, you’ll start your turn: Switch the CDI to show the CVO R-031, and twist it 10° left (counterclockwise, in this case), to 031. Once this is done, start the turn. Be sure to also be monitoring your DME to ensure you’re maintaining 16 nm from CVO. When the needle centers, twist give it another 10° counterclockwise twist. Repeat until your next twist would take you past the CVO R-357, at which point you simply set it to R-357. As you approach that radial, start your inbound turn. Be cognizant of the reversal of the VOR (unless your avionics has reverse sensing!) until you get around to resetting your CDI to 177°, which you should do as soon as you are on the final approach course.

Note that as per above, you can also fly this arc using the GPS indicator, as the DME arc is not part of the final approach segment.